Captain's meeting will be in accordance with Covid-19 guidelines.
Registration & Calcutta may be completed prior to the Captain's

Meetings, speak with Rich or Chris for details.

​Overnight Fishing Times
Boats have 38 hours after departing from dock and must return directly to Montauk.

Day Trip Fishing:
Boats may choose to fish two 19 hour fishing trip.  Before casting off lines, boats must text one of the the directors (Rich or Chris) the following information: "Same as Above"

Do not depart until you receive the reply text: “Tight Lines”
Returning boats must clear the inlet markers within the tournament hours 38 or 19.

Weather Decision:
There is no weather committee, Captains are responsible for reviewing all weather forecast and making weather related decisions.  The Director reserves the right to discuss each boat’s weather fishing decision but the ultimate decision belongs to the Captain.

Weigh Station:
The Official Tournament Weigh Station is located at Gurney's Yacht Club. Boats arriving Between 8:00am – 9:00pm (except Saturday 7/17th, 8:00am to 2:30pm) Contact Channel 9 upon arrival at MYC and you will be directed to Club Dock (same location as Captain’s Meeting). Boats arriving between 9:00 pm and 8:00am must call the Tournament Director upon entering Montauk Inlet.  After hour boats are required to slip up at MYC until morning and are responsible for any transient charges. The Tournament will arrange slips in advance and meet you at your slip, regardless of the hour.  Boats will be boarded by Tournament Staff, fish will be secured in place and photographed.   Boats arriving after 9:00 pm will be required to bring boat to scales weigh their catch between 8:00am & 10:00 am as instructed by Tournament Staff. Boats may not "cart" over their catch. Each boat may pick the heaviest fish from each category to be weighted (plus Top 3 Yellowfins).  Only one fish of each species will count in each category except for Top 3 Yellowfins. If unable to determine, weigh master will weigh two fish of same species. All Captains must sign and verify the recorded weights. Weigh master will provide time for photos of fish with crew and photo of signed weigh slip. If a boat wishes for a fish to be re-weighed, it must be done prior to leaving the scales.  Once a boat leaves the scales, fish cannot be re-weighed. No mutilated fish shall be eligible for competition.  A mutilated fish is defined as a damage to the fish that would impair the fighting ability of the fish. Fish may be retained by the Weigh Master for up to 24 hours.  If retention is refused, the fish will be disqualified. The Weigh Master and Tournament director reserves the right to cut open any weighed fish for inspection.  Again, if refused further inspection of the fish for species verification or insertion of weighed objects or water, fish will be disqualified.

Boats Requirements:
Owners must be onboard as captain or a member of the crew during fishing and boats are required to have HMS Fishing Permits. Boats must meet all Coast Guard offshore safety equipment based on their respective HMS permit. Greensticks are not permitted to be used during the Tournament. Greenstick equipped boats must tie sticks forward to the bow to visibly demonstrate that Greenstick is not in use.

Tackle Specifications:
International Game Fish Association Rules and additional rules specified herein.
Maximum line class is “as stated, not tested breaking point” maximum line class is130lbs. Leaders may exceed the 130 lb limit but cannot be more than 40 feet in length from line to hook including double line, wind-on, etc. Spreader Bars are permitted but may only have one hook per bar. Double Hook Rigs are not permitted with live or dead baits in this Tournament. Treble hooks may not be used with any lure or baits except divers/bombers. A single J, Circle or Offset Hook must be used on live, dead or artificial baits. Fish must be fought either stand up, from a fighting chair, or rocket launcher with a floating gimbal. Fish may not be fought from Rod Holders.

Fishing Regulations:
All fish must meet SIZE and bag limits of state and federal regulations to qualify for this tournament. All Boats must have a 2021 HMS Permit.  Bluefin Tuna is a "Calcutta Only" category species. All NOAA/HMS rules and reporting requirements apply to landing a Bluefin Tuna. The fishing territory is between Toms Canyon to the West (within 1 mile of West wall) and Hydrographer Canyon to the East(within 1 mile of East wall). Captain must have continual knowledge of the vessel position regarding the boundary limits at all times. This is a Polygraph question, be sure to stay within limits. The angler must fight and bring the fish to the gaff unaided by any other person (excluding gaff and leader man). The "One Pass Rule" provides the angler the opportunity to have the rod handed to them from the Rod Holder or Rocket Launcher as long as the reel is not advanced during the hand off. Fishing out of a Rod Holder is not permitted. This is a rod and reel, hook and line tournament. The use of hand lines, rope, nets, harpoons, and any other means of fish capture other than rod and reel are strictly prohibited. Outriggers & downriggers are permitted, greensticks are not allowed and must be tied forward to bow of boat.
Fish must be hooked, fought and landed or tagged from the same boat. In the event of a mechanical breakdown, fish cannot be transferred. No mutilated fish will be eligible for competition. There shall be no use of aircraft of any kind, for spotting or baiting fish. This includes recreational Drones; film your boat and spread at another time.
There shall be no use of outside assistance for landing or acquiring fish.
Protest must be made prior to distribution of awards and prizes. The Tournament Director reserves the right to protest a fish at any time during the length of the Tournament. The ruling on each protest by the Tournament Director is final, there is no appeals process. Tournament Director reserves the right to refuse entry to any boat for any reason prior to the start of the Tournament. Tournament Director reserves the right to require a Polygraph test of any boat captain that receives more than $10,000 in combined winnings. All Polygraph questions are at the discretion of the Tournament Director and Examiner and may vary from boat to boat. The three top prize winners will be polygraphed unless a polygraph test is needed for a protested boat.  *Omni 360 Sonar will not be permitted to be used in the down position. ​

Polygraph Testing:
There will be a mandatory Polygraph test given to the top three cash prize winners of this tournament. The Captain will be tested and must have knowledge of the vessel position for the entire trip, witnessed the fight and landing of the winning fish and a good knowledge of IGFA Rules.  If the Captain is excused by the Tournament Director and Examiner, the Tournament director reserves the right to choose a replacement from the crew. If no crew member can attest to location, fish fight and IGFA rules, Boat will be disqualified. All polygraph test will take place on Saturday – July 17th.  Please be available from 7:00 am to 6:00pm. Interviews take approximately one hour. Prize money categories for boats with winning fish being polygraphed, will not be given out until interviews are complete. Should there be a protest relating to a prize category not in the top three payouts, Tournament direct reserves the right to substitute a polygraph exam of one of the top three payout boats to settle the protest. All decisions of the Polygraph Examiner and Tournament Director are final, no appeals process.

Prize Money Distribution:
Trophies, Large Ceremonial Checks and Tournament Prize Checks will be distributed at the Awards BBQ. All Calcutta payouts will take place Saturday after 6:00pm. Location to be announced to winners. Calcutta will be paid immediately after the Awards BBQ. . Boats must provide the name, address and SS Number for recipient of Tournament Prize Checks (not Calcutta). Tournament Prize Money is based on 50 boats.  If the Tournament has less than 50 boats, Prize amounts will be pro-rated based on number of registered boats.  Example: 50 Boats Register, Tuna $10,000.00 will be adjusted as follows - $10,000 divided by 50 = $200 then 40 X $200 = $8,000 Payout.  All Prize categories are pro-rated based on number of boats, except Junior and Lady Angler.

Refunds – Entry Fees & Calcutta:
Refund requests before the tournament will be considered by Tournament Committee and evaluated on case by case basis.
No Refunds for any reasons, including illness and mechanical failure after July 9, 2021 6:00pm. No refunds for disqualified fish or disqualified boats for breaking the Tournament Rules.

Official Weigh Station: Gurney's Yacht Club
Weigh Station open at Gurney's Yacht Club between 8:00 am & 9:00 pm daily.
On Saturday July 17, 2021 boats must weigh between 8:00 am and 2:30 pm.
All fish will be inspected and weighed by two tournament officials, tournament reserves the right to "hold" a fish for 24 hours.
Boats with fish to weigh arriving outside the official weigh in times will be required to dock at Gurney'sYacht Club tournament slip and have fish boxes inspected by a tournament official upon arrival until weigh station opens at 8:00am. Cost of overnight slip will be the responsibility of the boat.

2021 Fishing Times
Boats may fish from 6:30 pm Friday July 9th until 2:30 pm Saturday July 17th.
We hope that this allows you to enjoy optimal fishing at a convenient time for
you and your crew.  Boats may depart from Montauk Lake, Shinnecock Inlet or CT via Mtk inlet. All Boats must return directly to Montauk Inlet and weigh at Gurney's Yacht Club. 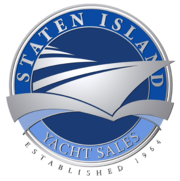 Tournament Fish Either Two Day Trips or One Overnight

We hope that this allows you to enjoy optimal fishing at a convenient time for you and your crew.  Boats may depart from Montauk Lake or other approved inlets that do not provide a competitive advantage (closer to fishing grounds). All Boats must return directly to Gurney's Yacht Club - Official Weigh Station.